Directions: There are three passages in this part. Each passage is followed some questions or unfinished statements. For each of them there are four choices marked A, B, C and D. You should decide on the best choice and blacken the corresponding letter on the Answer sheet.

Questions 1 to 5 are based on the following passage.

(76) You must have been troubled by when to say “I love you” because it is one of the greatest puzzles in our life.

What if you say it first and your partner doesn’t love you back? Or if they do say it but you don’t feel they mean it? Being the first to declare your love can be nerve-racking(紧张) and risky and can leave you feeling as vulnerable as a turtle with no shell. But is the person who says it first really in a position of weakness? Doesn’t it pay to hold back, play it cool and wait until the other half has shown their hand first?

“A really good relationship should be about being fair and being equal,” says psychologist Sidney Crown. “But love is seldom equal.” (77) All relationships go through power struggles but, he says, if a love imbalance continues for years, the rot will set in.“That feeling of ‘I’ve always loved you more’ may be subverted (推翻，破坏) for a time, but it never goes away completely and it often emerges in squabbling(大声争持).” In love, at least, the silent, withholding type is not always the most powerful. “The strongest one in a relationship is often the person who feels confident enough to talk about their feelings,” says educational psychologist Ingrid Collins. Psychosexual therapist Paula Hall agrees. “The one with the upper hand is often the person who takes the initiative. In fact, the person who says ‘I love you’ first may also be the one who says ‘I’m bored with you’ first.” Hall believes that much depends on how “I love you” is said and the motivation of the person saying it. “Is it said when they’re drunk? Is it said before their partner flies off on holiday, and what it really means is ‘Please don’t be unfaithful to me’? By saying ‘I love you’, they really saying ‘Do you love me?’ If so, wouldn’t it just be more honest to say that?” Collins agrees that intention is everything. “It’s not what is said, but how it’s said. What it comes down to is the sincerity of the speaker.”

1 What is the main idea of this passage?

A. The importance of “I love you”.

C. we have many troubles in our life

D. people usually do not know when to say “I love you”

3 According to the expert, a good relationship should be ______.

A. fair and equal

B. fair and kind

A. being low in spirit

B. having only one hand

5 What is the most important for you to consider when somebody say “I love you” to you?

2、D 现实细节题。“You must have been troubled by when to say ‘I love you’ because it is one of the greatest puzzles in our life.”也就是说人们为何时说“我喜欢你”而烦恼。其他三项均不符合文意。

Questions 6 to 10 are based on the following passage.

There are two methods of fighting, the one by law, the other by force; the first method is that of men, the second of beasts; but as the first method is often insufficient, one must have recourse to the second. It is, therefore, necessary for a prince to know how to use both the beast and the man. This was covertly taught to the rulers by ancient writers, who relate how Achilles and many others of those ancient princes were given Chiron the centaur to be brought up and educated under his discipline. The parable of this semi-animal, semi-human teacher is meant to indicate that a prince must know how to use both natures, and that one without the other is not durable.

A prince, being thus obliged to know well how to act as a beast, must imitate the fox, and the lion, for the lion cannot protect himself from traps, and the fox cannot defend himself from wolves. Those that wish to be only lions do not understand this. Therefore, a prudent ruler ought not to keep faith when by doing so it would be against his interest, and the reasons which made him bind himself no longer exist. (78) If men were all good, this percept would not be a good one; but as they are bad, and would not observe their faith with you, so you are not bound to keep faith with them.Nor have legitimate grounds ever failed a prince who wishes to show colorable excuse for the unfulfillment of his promise. Of this one could furnish an infinite number of examples, and also how many times peace has been broken, and how man promises rendered worthless, by the faithlessness of princes, and those that have best been able to imitate the fox have succeeded best. But it is necessary to be able to disguise this character well, and to be a great feigner and dissembler, and men are so simple and so ready to obey present necessities, that the one who deceives will always find those who allow themselves be to deceived.

A. the truth makes men free

B. people can protect themselves

D. leaders have to be consistent

A. anyone in power 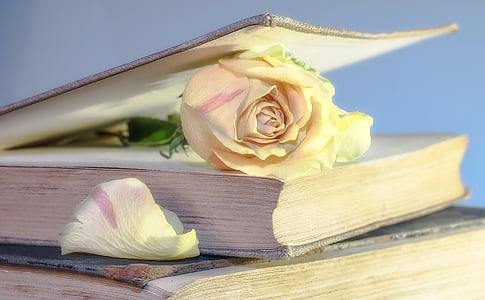